In 1981 a meeting was held between basketballers and basketball lovers.
This group was trying to raise funds for the Bendigo Braves and Lady Braves. A lucrative opportunity arose to sell beer tickets at the Brougham Arms Hotel but this required the formation of an incorporated club to meet Government regulations. A meeting was held and “The Braves” were formed.

Bruce Harry was elected as President, Robert (Bun) Wallace was Vice President, Lyn McConville became Treasurer and Lindy Wallis took up the role of secretary. The meetings were very informal and the club was definitely more social than serious.

The Braves were competing in the Victorian Country Championships, generally with mixed success. The teams were made up entirely of local Bendigo Basketball Association players. There were no American imports, no sponsors, no player payments, player paid all expenses related to accommodation, transport, and meals and purchased their own tracksuits. Often when away at these championship weekends the whole team would stay in a single room to keep costs low.

It should be clarified that there were B.B.A senior representative teams known as the Braves competing before 1981, but that no “official” club had been formed. Well-known and respected basketball identity, Mr. Max Brisbane had actually named the teams “The Braves” some years earlier.

By 1982, the club was more organised and had a growing membership.
This was the year the club took on its first major undertaking with the purchase of a 21-seater bus. This whole project showed the enthusiasm of the club members and supporters who invested $15,000 through the purchase of shares in a co-operative.

The bus was used to transport teams throughout country Victoria, but many humorous incidents arose because the club had not removed the previous owners (St. Mary’s Private Girls College) name from the side of the vehicle.

At the start of 1983 the club entered the 3rd division of the Victorian Basketball Association, with the intention of reaching 1st division in the near future. At that time the VBA rules stipulated that teams must win a division title to be promoted to the next level and so the Braves were prepared for a long haul to the top. Naturally the bus was a big asset as the team had to travel to Melbourne every Wednesday night throughout the season. In these early days the Braves played on court 7 & 8 at Albert Park Stadium. This year was not a particularly successful year with the team performing poorly in both competitions.

As a result a crisis meeting was held at the home of the Braves “medico” Graham Lamb to discuss the future direction of the club. Those present felt a professional coach was needed to lift the team to a higher standard.
This was the clubs first step into professional basketball and player payments. What was needed was to look further afield than Bendigo. If I top Melbourne coach could be found his job would entail coaching weekly VBA Wednesday night games and travelling to Bendigo for additional training sessions on weekends.

The number one choice for this position was dual Olympian, Mel Dalgleish. It was thought that there was some chance that Mel would coach on a part time basis because of his Bendigo connection, having married a local girl, Rhonda Walker.

In an amazing twist of fate, when Bruce Harry contacted Mel, he and his wife had already toyed with the idea of relocating to Bendigo. Within two weeks Mel had met with the club and association officials and outlined his vision for Bendigo basketball and the Braves. He saw the Braves competing in the VBA 1st division, the South Eastern Basketball League (now known as the ABA) and ultimately into the national Basketball League. Mel was convinced that the Braves would be so successful because of the unique assets of the City of Bendigo. The local television and radio stations, newspaper, the potential business support, the population base and the attraction of the La Trobe University were all elements which would combine to ensure future success Mel was appointed as player coach of the Bendigo Braves and the Development Officer of the BBA within weeks.

Through Mel’s reputation as an Olympian and NBL player the Braves were automatically accepted into the VBA 1st division for the 1984 season. The team continued to travel to Albert Park every Wednesday night.
At this time the Braves profile was further enhanced with Mel’s selection in the 1984 Los Angeles Olympic Team. This was the first time that a player not competing at NBL level had ever been selected. Both Mel and the Braves became headline news. To top off his year, Mel through his achievements won the Sports Star of the Year Award and the Braves were in the limelight once again!

At the end of 1984 the club took the significant step of applying to enter the SEBL. The entry process into the league was very involved and required a substantial financial commitment. Although the league was in its infancy, three teams had applied to take the one position available at that time, and competition for entry was fierce. A detailed submission was prepared and presented to the Annual General Meeting of the League, and after an extremely tense weekend the news came through; the Braves had become the first country team accepted into the SEBL. 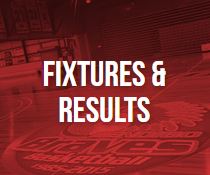 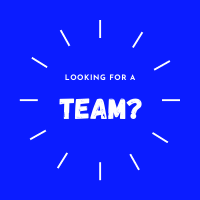